A couple weeks ago the inestimable Chuck Wendig (who I always want to make lame ‘Wendigo’ jokes about) wrote in two posts about book piracy. As usual, he makes some really good obscenity-laced points, which is why I love him and want to curl up in his beard and make a nest in the cuz it just looks warm and fuzzy.

I know this is a day late, but that’s the story of my life too, Mike Ness, so deal with it. I think piracy- and the issues it represents- are important, so I do want to chime in with my two cents. 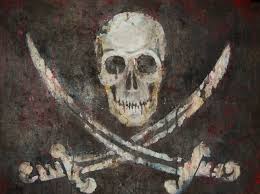 Like you, I have never ever pirated anything off the interwebs, nor would I even entertain the thought of it. Of course. Oh, you have? I might have. That one time. Now, you probably haven’t pirated my book, mostly because it’s not out yet. But you can read drafts of some of it for free, so there’s that.

And that, while not at the very center of the issue, is very near it: the internet is a free culture. We have been taught that digital things are free or very cheap. Even the services you pay a flat fee for- Netflix, say- you can stream endless hours of video that not to long ago, you had to go Blockbuster or whatever, pick out the video, deal with whatever brand of surly teenager they employed and then drive back home before you could watch your movie. Now you pay ten bucks a month and click a button. You don’t even take the ten bucks out of your wallet; the magic internet thingy does that for you. 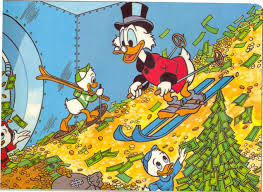 If this IS you, please let me know so we can be friends.

Have you seen a little kid with a smartphone? Most two years olds can root it before you’ve figured out how to install the battery. The kid isn’t smarter, it’s just what they know. Likewise, we all know stuff on the internet is free. No; that’s incorrect. We know we can get stuff for free- the question is of value. I will also assume that you don’t have billions of dollars in a Scrooge McDuck-style tower, so when a book comes out you want to read, a movie comes out you want to see, etc, that means that’s ten-ish bucks you’re NOT spending somewhere else, possibly on something frivolous like groceries. Then there’s the guy in the alley, with the trench coat opened suggestively, revealing his pirated wares. “Just this one time,” he tells you, “You can pay for the next one…”

Several complete discographies and every written work in mankind’s history later, you realize you don’t even know how to read Swahili, so you go about downloading the Matrix trilogy.

Just like that, value is removed. Your iPad now has more information than the Library of Alexandria ever dreamed of. And now you’re supposed to go back to paying $5 for every book you want? It’s really, really hard to put value to something you can get for free- especially when books and money have moved from tangible things to a collection of evanescent transactions.

I would really like to wrap this up with a great point, some brilliant insight, a fantastic solution, but quite frankly, there isn’t one. I don’t have to narrate how it works for you (I will anyway): Author writes book, sells book, makes money, money enables author to write another book and maybe pay rent. Actually paying for something supports the people behind it.

There is an element that is difficult, emotionally, emotionally, as an author. On one hand, it’s a work of art, an extension of myself and I am going to be excited for someone to read it and (hopefully) enjoy it- regardless of if they paid for it or not. On the other hand, I want this to be my career and that’s hard to do if people are not paying for it.

Again; no over-arcing point, other than that you should buy my book RIGHT NOW.

This collection of stories reaches into the future one thousand years. It tells the tales of several persons, with dark and secret pasts, with only a hint of a promise of revelation. It tells of humanity in the future, how small choices matter and how small paths cross- for good or evil.   on Square Market